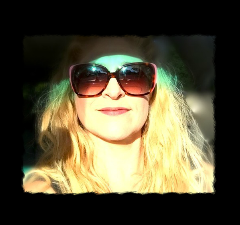 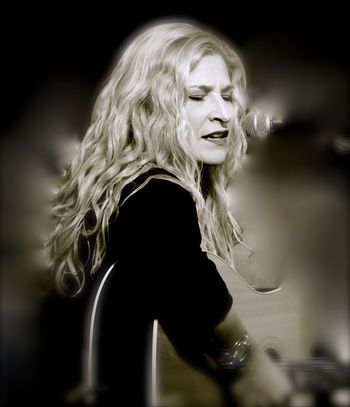 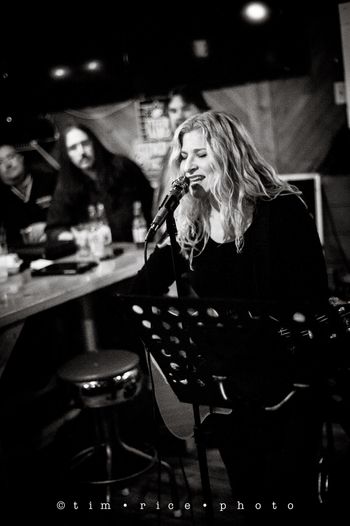 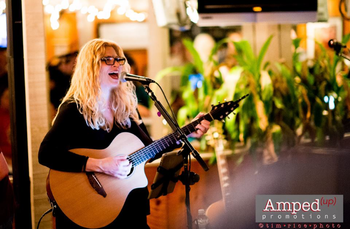 Gay is a singer/songwriter from Southeastern Massachusetts. She performs all over Southeastern and Central Massachusetts and Rhode Island. Her sound is a bluesy combination of rootsy rock and soul which reflects her love of the many artists who have influenced her...James Taylor, The Allman Brothers, The Beatles, Carole King, Stevie Nicks, Alanis Morrisette, Norah Jones, Journey, and many more. Although she sings covers of these artists, her original music presents unique lyrics, observations, and reflections from many different influences in her life.

Writing and singing songs since she was young, Gay performed in bands and acoustic duos until she went solo in 2012. In the summer of 2013, she released her first original, full-length cd, "little peaces". In 2014, she was awarded WMRC's Best Local Acoustic Solo Act. In 2015, her powerful voice and soulful songwriting were showcased even further with the release of her second cd, "Work In Progress...". In 2016 and 2018 respectively, she was honored with WMRC's Favorite Female Vocals award and Favorite Local Acoustic Act award.

Gay Perkoski is a singer-songwriter on the rise

Gay Perkoski proves her worth with sophomore effort Work In Progress

Gay Barboza's sophomore CD Work In Progress is a pared down offering of her beautiful voice, pretty melodies, and engaging chords. She carries her message well with this approach, as her voice is strikingly strong and rangy while her acoustic guitar work adds plenty of pluck to each of her original numbers.

Opening with “That Hill”  shows she means business in the songwriting department. Focused on perseverance though the mission of life, Barboza encourages strength as one looks obstacles in the face before overcoming them. Her voice is particularly rich here and her shifting dynamics and sustains carry this number well.

With a little more grit in the guitar picking, Barboza turns “Unbroken” into a balance between sorrow and triumph. She sings with artful skill of having what it takes to get through bad experiences: “Sometimes pain doesn’t scream out loud/It whispers and tells little lies/It’s telling it’s wrong it’s real and it hurts/But you need to get over goodbyes.” With some well placed dynamics and sustains in the melody line, Barboza stresses and teases more meaning out of her song, conjuring many emotions that make her listener feel what she’s singing about.

“All Along” has a folk rock element in its drive and determined air. Barboza croons with an easy glide over her guitar line, like she’s making her voice pivot around her guitar changes. This movement grows as she asserts her raspy vocal over greater sustains, with percolating richness that catches the ear and makes one wonder ‘Who is this singer from Attleboro? It’s a joy to hear her hold one of her vocal notes for several long moments.

“The Moon” benefits greatly from Kate Russo Thompson’s moody violin. Its pretty melodic line puts a secondary emphasis on the theme, augmenting Barboza’s gritty acoustic guitar melody with a bittersweet appeal. Barboza’s vocal is loaded with emphatic emotions as she croons about the moon as a symbol of time and change. Voice, acoustic guitar, and violin are like separate emotional statements while also serving the whole with a meaningful, soulful cohesion.

Barboza moves into gospel belt territory on “Too Long.” She sings with an emphatic oomph that can’t be denied. She’s ready to conquer her fears and her courage comes across like a force of nature. Putting that meaningful theme across with her hearty guitar and hefty vocal sustains, Barboza forges her feelings and talents into an anthem of strength and empowerment. This one carries itself with a spiritual ebullience that sweeps the listener along with it.

Title track Work In Progress finds Barboza even more contemplative. By focusing on how we never finish becoming who we are, she finds great meaning in the journey of life. Life brings experience. Experience shapes the person but the person never assumes a final shape, as we just keeps growing. Barboza caresses the meaning out of her lyrics with an understated grace in this one. Her voice is rich but restrained while her acoustic guitar picking remains gentle, a line of notes that patiently move the subtle melody along. Perfect.

“Move Away” features a frisky country fiddle from Thompson while Barboza sings like she’s jauntily moving over an extra half step in the beat. Its down home living room sing along vibe makes it a winsome tune as much as Barboza’s playful range and steady acoustic guitar line, a light brush of acoustic notes to create just the right cushion underneath the voice and fiddle.

Barboza closes out her album with the pared down sparse beauty of “What Is Love.” Initially written for a friend’s wedding dance, the singer-songwriter found that this understated gem of her song would make a nice addition to this album. Her vocal moves with the kind of grace and loveliness that should inform a record company executive know he’s found a potential goldmine.

Barboza proves that a second time in the studio can do wonders for a singer-songwriter’s career. Though more sparse than her previous effort, she manages to show herself at full power without anything to adorn her truth, beauty, and skill.”

"If you haven't yet checked out Gay Barboza's Facebook and YouTube pages - put it on your list. She is an amazing local talent that will knock your socks off with the passion every vocalist should possess. She sings from her toes and nails it every time! We loved our backyard concert! Gay played on my back deck for about 30 of my friends and family. AMAZING is all I can say about it. If you have a private party coming up - Gay is your girl!!  I can't tell you how impressed the discriminating crowd that has been playing and singing for over 40 years was with (her) Angelic Voice..."  ~Dee G.

“My incredible friend sent me your CD as a Christmas gift, and I saved the perfect moment to listen to it for the first time, this past Saturday morning when I treated myself to a long drive and delicious coffee. Wow....just WOWWWWW. What a beautiful gift you have--effortless sound, lyrics that seem like you've read my thoughts, and gorgeous accompaniment by guitar...I am in awe....and I never felt ANY impulse to skip a song throughout the CD, only repeat. You are truly gifted. I wish I lived closer. Can't wait for my next trip in the car. Blessings from Texas!”  ~A.B.

"Gay sang this Neil Young's "Don't Let It Bring You Down" pitch perfect last night. Have not heard anyone do that song in a bar in a long time and she nailed it! She was killing it last night to a packed house...great show and great crowd - this lady can sing!!"  ~Steve S.

"So I'm out and about tonight...and all of a sudden? An angel started to sing! Beyond belief! She even turned U2 into a melodic prayer... #CantWaitToHearHerAgain.”  ~Kelley M.

“Stevie Nicks called. You're making her nervous and she wants her songs back ;-) great singing last night!”
~Dan P.